On Wednesday Paxful has announced that they are starting a bitcoin educational and training institute in El Salvador. And titled it “La Casa Del Bitcoin”. This initiative is taken to allow free learning opportunities linked to Bitcoin.

Paxful will arrange bitcoin-based workshops, discussions related to bitcoin, and financial involvement in El Salvador. Additionally, this new bitcoin education institute will be focused on developing awareness. About the advantages of trading bitcoin as means of exchange for the Salvadoran community. So, it can operate the next wave of bitcoin mass adoption.

Words By Representative Of Paxful:

“The center is open to everyone that wants to learn about Bitcoin and everyone who wants to teach about Bitcoin. As well, each week will consist of special courses, which will be available to access online,”

However, the Paxful company is aiming to fill the gap in education, and language. When it is the topic of bitcoin learning, as per representative of the company.

Additionally, La Casa Del will also be the home to the built with the bitcoin foundation’s offices. Bitcoin Foundation is an American non-profit entity. That offers to serve clean water, enables quality education, sustainable farming, and philanthropic help. Which is all backed by Bitcoin, and digital currency.

“Bitcoin education is the key to financial freedom. And El Salvador is leading the way with the support of the Bitcoin community.”

Moreover, the director of Latin America growth at Paxful,  Will Hernandez, told that the firm has noted a 300%  surge in Salvadoran users.

He further added that “ what we are witnessing is a moment of revolution in El Salvador. peer-to-peer platforms are driving adoption in the growing markets,  and as people backed platforms, we understand that education is important to the next wave of adoption”

Why Pawful Stepped Forward To Start A Bitcoin Educational Institute  For El Salvadorans?

El Salvadorans were skeptical about cryptocurrency. So the bitcoin platform, Pawful has decided to give efforts to spread awareness about bitcoin amongst the Salvadorans. Through a bitcoin educational institute.

However, in 2021, El Salvador has adopted bitcoin as a legal tender.

As per reports, in September, nearly 90% of El Salvadorans told that they have zero knowledge about bitcoin. Also, another survey report told that half of the Salvadorans are unaware of Bitcoin.

The News source is  Cointelegraph. 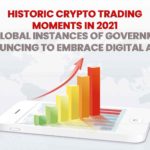 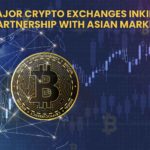