Non-Fungible Tokens (NFT) traders have found themselves caught in crosshairs since Apple announced its rule of charging 30% commission on in-app NFT trades. Startups and NFT traders seem to avoid the Apple store, claiming it’s too expensive for the new rate of commission.

Startups and NFT traders tend to avoid using the Apple store because Apple’s rule of 30% commission on in-app NFT trades makes it untenable and less profitable for them.

Those who are involved  in NFTs trading might see a risky venture becoming less booming. Apple seems to be in the way in order to gain its profit from in-app NFT trading. The recent news of imposing a 30% commission rule makes it hard to trade on iOS apps. Whereas, a conventional marketplace charges only 2% to 3% commission on each transaction.

The unpredictable value of cryptocurrencies seemed to have had an impact on the market value of NFTs. Consequently, startups and trading businesses in the industry would want to be listed on the App Store in order to reach a larger audience, however the majority won’t do it.

Furthermore, 30% commission is not the only issue. App Store rejects bitcoin and demands traders to host in-app trading in US dollars, or another physically-backed currency. Consequently, like the majority of NFT trading companies, Magic Eden has never been able to conduct trading through its app, even when Apple lowered its commission to 15% for businesses with annual revenues under $1 million.

Well, it is not the first that the tech company is charging high commission, the regulations have always been repellent for the masses. As a result of that, masses of potential NFT sellers have been deterred from Apple’s platform. 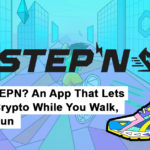 What Is STEPN? Free Crypto Earning APP
Next Article 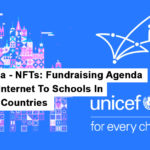