The global tech giant and smartphone manufacturer, Apple is gearing up to alternate its policies of “only iOS apps” for iOS 17 following the European Union’s Digital Markets Act (DMA) in 2024, Bloomberg report.

The new change will allow Web3 developers to introduce dApps and other crypto-based applications for iOS users.

The new rule states that Apple will allow users to download apps from third-party stores, which would mean no App Store policies would apply to outside applications, opening doors for NFT collectors, crypto developers, and the overall Web3 community.

Apple has been quite strict about its policies against iOS users and developers in the Web3 space. The company recently rolled out the new in-app purchase rule which would cut 30% commission from apps, especially crypto payments, costing a huge loss to app owners.

Now, Apple is forced to change its existing terms because of the EU, at least for European users. By allowing outside apps to be downloaded, the 30% commission on apps by the company would not apply at all.

The ongoing debacle over Apple’s NFT policy, where even the co-founder of MetaMask, Dan Finlay called out the tech giant saying he would dump the Apple ecosystem altogether. The new policy is surely rolling out in favor of Web3. 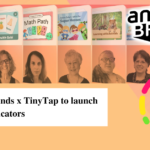