Seems the bears refuse to hibernate this winter in the crypto market as Bitcoin fails to break out from its 2-year-low and Ethereum prices barely move upward. The altcoins also aren’t doing quite well in the current patterns.

Crypto firms are filing for bankruptcy one by one following the FTX crash, causing a domino effect on cryptocurrency prices as well. Although the community had no hopes of a bull market this year, no one knew that a big crash would happen again.

Now, along with FTX, BlockFi has also filed for insolvency, and other firms connected with the exchange and Alameda Research hedge fund are expected to go down in the coming weeks.

During this situation, the crypto market is unable to pick up as well. Here’s this week’s status of digital currencies:

Bitcoin(BTC), the world’s biggest cryptocurrency, has failed to show an upward movement this week. It did rise a bit when the CPI report came out but then the rumors of Crypto.com going down and FTX’s further loss caused the coin to drop again in the $16k range with a high at $17k.

According to a study done by the Bank for International Settlements, around 40% of retail crypto traders who used exchanges lost money in 2015-2022. This year, two major companies, an exchange, and an ecosystem fell into bankruptcy, bringing along other crypto firms within its tide. Bitcoin has been unable to cross $25k since June 2022.

Based on the current market, Bitcoin has a market cap of $323B and has lost 20% of its volume in the last 24 hours.

Ethereum hasn’t been doing quite well ever since the proof of stake merge happened on the blockchain. ETH supporters were quite bullish about prices going up when the merge unfolded but so far, the token isn’t showing any improvements in the market.

Currently, ETH trades at $1200 with a market cap of $152B and a 14% loss in its 24h market volume. It still remains the second-largest cryptocurrency in the world, having the highest market dominance after BTC.

Nonetheless, Vitalik Buterin announced the blockchain will be continuing its six-stage roadmap. The next stage, The Scourge, is coming in 2023. The network is also active in its development phase despite the bear market.

Altcoins are trading with a bearish pattern. MATIC and XRP dropped below $1, Solana is at $14, SHIB Inu gained 3.19%, while CRO, the native coin of Crypto.com, fell 3.42% despite the CEO’s claim that they are in no danger of insolvency.

Overall, the market is in anxiety as it moves up and down on a daily basis. Many expert traders are only holding on to Bitcoin and Ethereum as of now and avoiding investment in altcoins because of their failure to keep up.

Furthermore, since FTX made millions of dollars of investments in many crypto firms and Web3 projects, these entities are most likely to face a financial crisis in the coming weeks. Will the market be able to recover in December? or Is the bear market going to continue in early 2023 too? 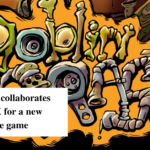 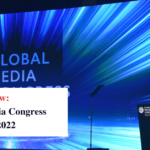