Even the new year festivities couldn’t push Bitcoin up instead the world’s largest cryptocurrency continued to remain stuck in the $16k range with a 24h trading volume of $9 billion.

The first day of 2023 isn’t off to a good start yet the crypto community believes this is a sign of another successful year. According to analyst and CEO of XOR Strategy @AurelienOhayon, the BTC is beginning a bull run based on the previous records every 4 years.

Based on CoinMarketCap, Bitcoin is trading at the price of $16,644 with a market cap of $320 billion. The analyst @davthewave analyzed the logarithmic growth curve (LGC) indicating that the value will increase 10x by 2025 to $160,000.

We don’t know what 2023 has in store for us in terms of crypto prices due to various micro concerns such as US Fed policies, but seeing the growing adoption and developments in Web3 and metaverse, the market will most likely show good signs.

In the most recent news, Microstrategy bought around 2,395 bitcoins for $42.8 million but also a small amount of BTC (704 bitcoins) as well. Founder, who is also a Maximalist, Michael Saylor remains bullish about the crypto tokens’ price in the year 2023 as well.

Will the most dominant coin push the market up this month or do we have to wait for yet another year to cross the bearish patterns? 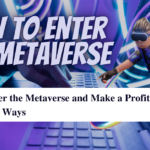 How to Enter the Metaverse and Make a Profit? 30 Effective Ways
Next Article 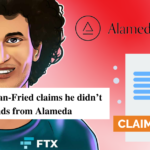