The price of bitcoin has dipped below the $60K zone, a number of people have been talking about the third-largest bitcoin address called “1P5ZED” which has accumulated thousands of bitcoin during the last few days. Nobody knows who the owner of the wallet is but it holds more than 111,359 bitcoin, as it’s been steadily accruing bitcoin since the wallet’s first transaction on February 5, 2019. While some assume the address is a mega bitcoin whale, onchain data indicates that the wallet could be tied to an exchange.

Bitcoin’s fiat value has been volatile and it’s one of those times where everyone is looking for answers to why BTC has slid in value. For instance, on November 10, bitcoin (BTC) slid from a $69K all-time high (ATH) and five days later, it was coasting along in the mid-$65K to $66K per unit range. Since the crypto asset’s ATH, bitcoin is down 16% in value and slid under the $60K zone. Of course, the volatility sparked whale watchers and people talking about bitcoin whale transactions happening in real-time.

Bitcoin whales are individuals or organizations with large sums of BTC and the whale can also be of various sizes. Depending on who you ask, BTC whales can be individuals or organizations that own 1,000, 10,000, 50,000, and 100,000+ bitcoin. An entity that holds more than 100,000 BTC would be considered a “mega-whale,” and there are only three bitcoin addresses in existence with 100,000 BTC or more. The top five largest BTC wallets hold anywhere between 84K to 288K BTC, and three of those wallets are marked or tagged as exchanges.

Lately, crypto publications and a slew of individuals on social media and forums, have been speculating about the actions of the third-largest bitcoin wallet. The conversation has been trending and many people believe that a large whale “bought the dip,” while the price of BTC slipped. Bitcoin.com News has seen a few large whale sightings as well amid BTC hitting fresh new price highs nine days ago. Although the whales our news team discovered stemmed from mined bitcoin block rewards from over a decade ago.

The third-largest bitcoin (BTC) address was first created on February 5, 2019, when it received a small fraction of BTC. Seven days later, onchain data shows the wallet obtained 1,119 BTC on February 12, 2019. The wallet address “1P5ZED” doesn’t look like an individual bitcoin holder and the transactions 1P5ZED has processed look more like exchange activity from a crypto trading platform. As mentioned above, three out of the top five BTC addresses are flagged as being associated with cold wallets belonging to Binance, Bitfinex, and Okex.

1P5ZED has all the tell-tale signs of being associated with an exchange and it’s not known for sure, but it’s been flagged on a few occasions. The address has received a lot of BTC during the last two years and occasionally it spends BTC as well. 1P5ZED’s transactions have very little privacy according to statistics from blockchair.com, as the block explorers privacy tool indicates most of its transactions are done with a very low preference for privacy. Most of 1P5ZED’s transactions have a “critical” to “low” privacy rating in terms of the level of traceability. The transactions suffer from vulnerabilities such as matched addresses and inputs and outputs that are often similar.

On the block explorer oxt.me, the address 1P5ZED has notes associated with it, which explain that the address could be tied to an exchange. The first annotation on oxt.me about 1P5ZED says it was submitted by a person named “TEJAS” on November 22, 2020. The individual writes it “could be Bittrex” and also leaves a link in the annotation as well. The article linked references a 717 BTC transfer that was allegedly carried out between Bittrex and 1P5ZED.

The second annotation on the block explorer oxt.me was added by “ERGOBTC” on July 14, 2020. The note says the “address source suggests Gemini or Coinbase.” This led our investigation down to parsing 1P5ZED’s transactions during the last two months. Blockchain parsing data shows that 1P5ZED transacts quite a bit with the BTC wallet address known as “1FzWLk.” While 1FzWLk transacts with 1P5ZED a lot, 1FzWLk is also flagged with a note on oxt.me about the address being associated with an exchange.

The 1FzWLk annotation was also submitted by ERGOBTC, on the same day the second annotation was applied to 1P5ZED. “[1FzWLk] annotated as Okex by Whale Alerts. Though source and cluster spending suggest closer ties to Coinbase and Gemini,” annotation details. While it’s not certain 1P5ZED (which acts like an exchange cold wallet) and 1FzWLk (which acts more like a hot wallet) belong to a trading platform, there’s a lot more supporting evidence that shows 1P5ZED is likely owned by an exchange. 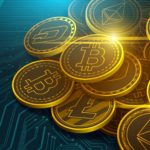 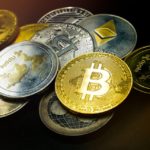