Bored Ape finally broke its 6 months-long silence by releasing a teaser image on Twitter. Something is coming this Christmas and the BAYC community is already hyped up over it.

Bored Ape Yacht Club is the best-selling NFT collection in the marketplace that consists of 10,000 Apes, each having a unique combination of randomly generated traits that makes them distinct from one another. These non-fungible tokens are the most valuable digital asset to own as they are worth millions of dollars.

Yuga Labs, the creator of the project, has dropped many new collections after BAYC, like Mutant Ape Yacht Club, Bored Ape Kennel Club, and Otherside, all sold out within minutes of the launch.

Now, Bored Apes is coming back with something new this Christmas. The official Twitter account made the official announcement on the occasion of Thanksgiving. The community is hyped over what’s coming this winter holidays.

The assumptions made by some members about this teaser image seem quite convincing but Emperor Tomato Ketchup, the co-founder, says,

“You all are good at guessing but I can guarantee you ain’t guessing this shit.”

The teaser image shows two Ape hands holding a treasure box with a keyhole. The front of the box shows some vague drawings of Ape-like figures. On the left side, the figures are fighting the dragon, while on the left side, the figures are holding swords and a dog is also accompanying them. If we look into the already-released collections, there are no dragons, but the dogs can be from the Bored Ape Kennel. Overall, the artwork gives off old folklore cave drawings.

Just for fun, here are some predictions made by the community that might interest you, and who knows, they might turn out true!

This user derived this image from the official roadmap by BAYC that indicates The Trial of Jimmy The Monkey is some sort of Prologue of the storyline.

This user’s theory looks credible based on the drawings in the teaser image.

This user has dissected the image relating to Yuga Labs’ projects

Overall, the NFT community is in quite a buzz, compared to two weeks ago when the FTX collapse brought gloominess among collectors and investors. This shows that the industry is still moving forward while holding the wrongdoers accountable. 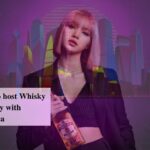