Contents
Background Of The DisputeBack To Lawsuit

In a surprising turn of events, Yuga Labs, the creator of BAYC filed the lawsuit against LA-based digital creator, Ryder Ripps before the Central District of California on June 24. The lawsuit is based on unfair competition, false advertising, cybersquatting, trade mark infringement and other causes of action.

The company filed a lawsuit after Ripps, a vehement critic of the BAYC launched his own NFT collection under the name of PR / BAYC featuring the identical images, he did not purchase.

Background Of The Dispute

BAYC is a NFT collection of 10,000 profile pictures, each picture portraying a Bored APe wearing different costumes and accessories. A little over a year ago, the business earned millions and billions of success mainly due to celebrities such as Madonna, Justin Bieber, Jimmy Fallon, Snoop Dogg, and Serena Williams buying these pictures.

Whereas, Ryder Ripp is a self-proclaimed conceptualized artist, who also appeared in Forbes 30 Under 30, in 2016. Ripps started minting his own created RR/BAYC NFTs on May 13, and after Yuga sent him an initial DMCA takedown notice, it quickly reversed the claim when Ripps fought it. OpenSea, the largest NFT marketplace, has since removed Ripps’s collection because of “a claim of intellectual property infringement,” but not before it saw nearly $3.5 million in total volume traded.

Normally a knock-off NFT collection wouldn’t grab much attention, however, this particular case appeared to be unique. The reason was, the collection had been completely sold out and at some point, the “fake” collection had more sales volume than the ACTUAL Bored Ape collection. Strange? Yes.

While you must note that the lawsuit has been filed against Ryder Ripp for using identical materials to market these NFTs (such as a similar logo as BAYC and Ryders rr/BAYC), this could end up clearing the air about an incredibly long-standing question about a company’s intellectual property rights in an NFT collection.

It’s unclear if BAYC has any intellectual property rights in any of their collections because the NFTs are AI-generated images. There are issues around assumed “decentralization” and a host of other issues here as well.

Well, whether Yuga Labs have any intellectual property rights or now, the lawsuit, nevertheless does not seem really good for Ripps as, he has extended his ways to create similar art collection including logos.

Whether Ryder Ripps comes out of this fight to clear or not, the question remains standing still about Yuga Lab’s intellectual property rights. Interestingly, the company chose not to raise any copyright claims. So, the observers put forward their curiosity about beguiling twist in the case as well. 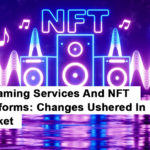 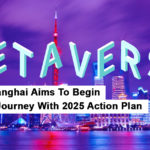