The Government of Brazil is taking a huge step into the crypto world by approving the bill to regulate Bitcoin as a payment method and design a proper crypto trading framework. The bill is one signature by the President away from becoming a law in the country.

Brazil has now joined Denmark, France, Germany, Japan, and Mexico among the only ones who have proper regulatory frameworks for cryptocurrency.

According to the bill, Bitcoin is now considered an authentic and valuable digital asset, which can be used for monetary transactions the way any fiat currency of Brazil.

The bill also requires the executive branch in Brazil to overlook the market, which will most likely be the Central Bank of Brazil and the securities and exchange commission will keep a close on the legality regarding the cryptocurrency.

All of the clauses on the bill are in favor of the Bitcoin investors except the limitation of installing mining machines. Despite the claim of renewable energy being utilized for this project, the officials crossed out the clause.

Following the FTX crash, the country has also adopted a strict stance against centralized and decentralized exchanges as they will need a proper license to officially operate in Brazil.

Overall, this is great news for Brazilian crypto users because they can now use Bitcoin anywhere in the country as a payment method and not need to manually convert it into fiat currency. This will also help in mass adoption within the country because people will finally trust the new digital currency as regulated by the government. 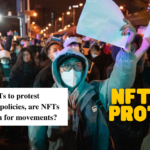 Chinese use NFTs to protest against COVID policies, are NFTs the next medium for movements?
Next Article 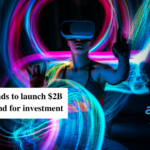