Salvadoran President Answered The Governor Of Bank Of England Over His Concerns:

El Salvador’s President Stepped Forward To Accept Bitcoin As The Legal Currency. Consequently, it will bring a big revolution to the world.

In September 2021, El Salvador has signed a bitcoin law for making bitcoin legal tender along with U.S dollars currency. In addition to this, they accepted digital assets as a medium for payment.

Regarding this trending topic of bitcoin legal tender. the governor of the Bank of England, Andrew Bailey showed his concerns while speaking at the Cambridge University student union. On Thursday, he said :

“It concerns me that a country would choose it as its national currency. What would worry me most of all is, do the citizen of El Salvador understand the nature and volatility of the currency that have.“

Governor Bailey said, “that International Monetary Fund(IMF) is not happy with the decision of El Salvador of bitcoin legal tender.

The IMF says about bitcoin legal tender that:

“The use of bitcoin As a legal tender entails notable risks to consumer protection, financial integrity, and financial stability. “

furthermore, the fund said that “its use also gives increase to fiscal contingent liabilities”

However, El Salvador surged its bitcoin holding by adding 100 bitcoins, at the time of the last cryptocurrency market correction.

Governor bailey remarks on the bank of England’s work to determine whether to issue its own central bank digital currency(CBCD). He stresses upon.

“There is a strong case in digital currencies, but in our view, it has to be stable, specifically if it is being used for payments. That is not true for crypto assets.”

Nayib Bukele Replied Back To The Governor Of  The Bank Of England:

Bank of England is worried about El Salvador’s adaption of bitcoin? Really? I guess the bank of England’s interest in the well-being of our people is genuine. Right? They have always cared about our people. Always. Gotta love the Bank of England.

He further said tweeted that :

“I am concerned about the Bank of England printing money out of thin air.“ 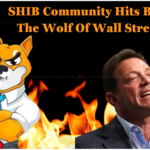 Shiba Army Hit Back The Real Jordan Belfort Of The Wolf Of Wall Street.
Next Article 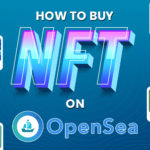 How to Buy an NFT on OpenSea