Jesse Powell, the co-founder of Kraken, recently sat in an interview to talk about his FTX’s downfall and its effects on the market. He shared that the entire crypto community is being generalized as a scam; it shouldn’t be punished because of one bad actor in a Ponzi Scheme aka FTX.

FTX had the trust of millions of people around the world. Not only because it was led by one of the well-known personalities but also because it was deeply involved with media and politics over the years.

Who knew that all those political campaigns’ sponsorship money and the regulating crypto campaign funds were going out from the users’ funds?

In recent news, FTX shared they owe $3B to its 50 creditors and a total of $16B loss has been accumulated from the exchange alone. The new CEO John J. Ray III says this is the worst case of bankruptcy in his 40 years of experience.

For Powell, one of the well-respected veterans in the space, this event has once again reminded the importance of “My Keys, Not Yours,” that centralized exchange had forgotten as crypto adoption expanded; FTX thought it had ownership over its users’ funds and used them to accomplish its own goals.

Like SBF’s exchange, many other platforms are now under the threat of insolvency because of their failure to protect their customers’ money. Among them, Powell claims Kraken was the only one that could withstand the massive market crash.

Nonetheless, with the authorities opening investigations against FTX and other firms, the whole community is being sabotaged by falling out because of the lack of trust among users and incoming adapters.

Powell says right now the whole crypto community is against the Regulators in the US because they see bad actors and good actors with the same eye.

Although the Web world is doing its best to be transparent and open about regulations, the upcoming months for developers, creators, and entrepreneurs will be hard.

Previously on Twitter, he also shared a list of red flags that people should look out for before putting their trust in any crypto firm.

All of these red flags are derived from the previous Ponzi schemes, Terra collapse, Kwon Do’s strategies, Sam Bankman-Fried’s policies, and other scams throughout crypto history. But none of these flags apply to the whole community.

He believes the majority is committed to building Web3 as an authentic industry to serve the betterment of humanity. The authorities shouldn’t punish the whole community just because of a few bad actors, instead, they should sit down and help with implementing the regulatory laws.

The lack of regulations has led to a huge loss for users because they are unable to differentiate between whether a company is a Ponzi scheme or not. The biggest example is FTX and Sam Bankman-Fried who basically found a way to earn money in billions without any worries of authoritative investigation or regulation.

The best way to prevent more scams is to strictly regulate them and hold the bad actors in the industry accountable for their actions. Cryptocurrency is the future of the internet and can bring so many possibilities to the common man, and it is important to push its growth rather than closing it down completely.

By signing up, you agree to our Terms of Use and acknowledge the data practices in our Privacy Policy. You may unsubscribe at any time.
news room November 22, 2022
Share
What do you think?
Love0
Sad0
Happy0
Sleepy0
Angry0
Dead0
Wink0
Previous Article 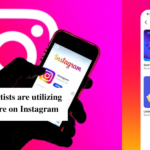 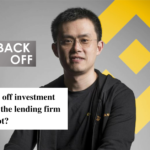 Binance backs off investment on Genesis: Is the lending firm going bankrupt?
Leave a comment