CryptoPunk NFT worth a million dollars sold for less than $150K due to the recent global crypto crash that caused almost all NFT collections to go in loss. The recent sales show that from the last 10 CryptoPunk NFTs sold, eight of them suffered from a loss.

CryptoPunks is a pixel-generated 10,000 best-selling NFT collection in the world that rivals Bored Ape Yacht Club and World of Women. Recently, CryptoPunks was acquired by BAYC creator Yuga Labs and is officially part of its new metaverse project called Otherside.

For the last few years, CryptoPunks have seen some of the best trade volumes in the NFT marketplace. However, the recent events taking place show the opposite. A Twitter account reported on the sell-out of the CryptoPunks at a drastically low price.

What might be the reasons behind CryptoPunk’s price drop?

Overall, the NFT marketplace has been suffering from a decline. Despite the declaration that the NFT industry has been rapidly growing for the past few years, many believe that NFTs might finally be buried to the ground due to loss of interest.

However, that might not be the case. The decline in the NFT market is due to the bearish crypto market for the past week that saw a big drop for some of the major cryptocurrencies of the world.

The biggest drop was LUNA which tumbled down by 95.05%, which stunned the whole crypto community. Despite being backed by UST stablecoin, Terra coin is facing a huge crisis in the market. Overall the global crypto market is down by 1.60% over the last 24 hours.

This crypto crash is closely linked with NFT prices, if cryptocurrency crashes, the NFT prices also drop drastically. According to CryptoSlam’s data, CryptoPunks sales dropped from 1500K USD to around 500K USD in the last 24 hours. Furthermore, the 24-h volume trade went from 416 ETH to 313 ETH between 11 May and 12 May based on the OpenSea market, indicating a downward trend for the NFT collection.

A buyer who bought CryptoPunk #273 for over a million dollars recently sold for below 55 ETH, which is around 106,873 USD based on the current market price, causing an 80% loss. Within seven months, the NFT went from being the most valuable asset to a huge loss for the investor.

Some argue that the sudden drop in CryptoPunks’ price might be due to the continuous declining market that shows no sign of going up anytime soon. This indicates that the declining crypto market is highly influencing the worth of the NFTs overall.

As soon as the market recovers from the bearish pattern, CryptoPunks might be able to return to its original price. However, the investors that already sold the NFT will have no way to recover from the loss.

By signing up, you agree to our Terms of Use and acknowledge the data practices in our Privacy Policy. You may unsubscribe at any time.
Share
What do you think?
Love0
Sad0
Happy1
Sleepy0
Angry0
Dead0
Wink0
Previous Article 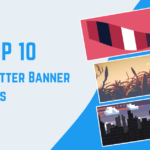 Twitter Banner NFTs: Top 10 PFBs to hype up your profile headers
Next Article 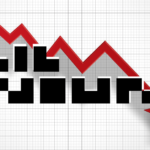