Recently, rumors circulated around Twitter when a news site reported that Binance had lost 90% of users after implementing KYC. The CEO of Binance, Changpeng Zhao denied the allegations, calling it a “misquote.”

Last year, Binance set the withdrawal limit for Bitcoin to only 0.06 BTC for new account registrations, for users that have completed only Basic Account Verification, the exchange claimed it was a way to lessen malicious activity on its exchange platform.

This change sparked controversy when a Twitter account quoted a statement said by Tigran Gambaryan, who is one of the Binance compliance officers, in an interview with CoinDesk.

In the interview, CoinDesk asked the compliant officer about the withdrawal limit and if there was a decline in illicit activity. To which Gambayran replied, “There is nothing that screams that Binance is a den of criminal activity, and that’s what I wanted. I wanted to kind of put something out there that [supports] this.”

After that, he said, “There are other exchanges that continue to do business with them. We have lost 90% of customers after implementing KYC, losing billions in revenue,” But this statement was turned into something else when news outlets quoted his words out of context that Binance had lost 90% of its users.

The article surfaced around on Twitter and many people criticized the page for not investing it right. People who had already read the article knew the quoted allegation was misleading but those who didn’t begin to panic about whether it was really true or not.

At the same time, Binance’s CEO, Changpeng Zhao quoted the tweet and called it a “misquote

Later he retweeted an account’s tweet @FatManTerra who claimed that Reuters reporters have been asking them for their anti-Binance sources. The user believes that a big party is in an information war against Binance.

Reuters have repeatedly reported declamatory news on Binance. A few months ago, it charged Binance for conspiring with a Russian agency to leak users’ data, but Binance strictly denied the allegations and gave a transparent answer to its users.

“I’m 90% certain people are being paid big bucks to FUD Binance in the media,” said @FatManTerra.

Whether news outlets are deliberately targeting Binance or this is just pure coincidence, the Binance community is still under suspicion that Binance might face a harsh information war in the coming months.

However, CEO CZ seems to be quite relaxed about it. He even dealt with the situation quite calmly, which shows that Binance is still going strong despite the crypto bear market and crypto firms filing for bankruptcies. 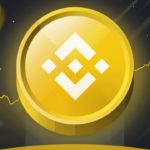 The 2022 BNB Gambling Sites Guide For Beginners
Next Article 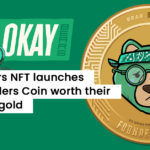