A blockchain is simply a shared ledger, or database, that can be accessed, filtered, and manipulated quickly and easily by any number of users at once.

Imagine a world where you can send money to anyone without the need for a bank. A world where there are no bank fees, where you have complete control over your assets, and no government can manipulate the value of your hard-earned money. Sounds like a dream, right?

But this world is not imaginary. It is being created bit by bit as you read this, on the back of blockchain technology.

A blockchain is simply a shared ledger, or database, that can be accessed, filtered, and manipulated quickly and easily by any number of users at once.

It stores information in groups called blocks, which have a certain storage capacity. When full, they are linked, or “chained”, to the previous block. Any subsequent information is put into a freshly created block and the immutable chain continues to grow.

In a blockchain, each participant computer, or “node” has a full record of the data that has been stored on it since inception. The Bitcoin blockchain, for example, has a record of every bitcoin transaction ever made. Blockchains can record information in a way that makes it close to impossible to change, hack, or cheat the system.

That’s because the record is distributed, not copied or transferred, creating an immutable record of an asset. It is also decentralised, allowing full real-time access and transparency.

While cryptocurrencies are currently its most popular use case, blockchain technology can also be used to track any kind of asset — from houses to land and even patents. This gives it the potential to disrupt almost every sector.

For example, the Election Commission of India is working with IIT-Madras on using blockchain technology for remote voting. And Plymouth University explained in a paper how blockchain could be used to make the elections more transparent.

Advantages of blockchain technology
Accuracy: Any transactions on the blockchain network must be approved by a network of thousands of computers. This minimises the chance of errors and makes the system extremely difficult, if not impossible, to hack.

Lower transaction cost: When you make a transaction via banks, you pay the bank to verify a transaction. Blockchain eliminates the need for third-party verification and, with it, their associated costs.

Decentralisation: There is no central location or entity that stores the information of any transaction. Instead, the blockchain is copied and spread across a network of computers. When a new block is added, every computer on the network updates its cop .. 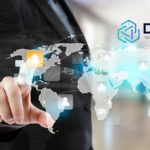 Valour Inc., a Subsidiary of DeFi Technologies, Lists Its Exchange Traded Products on the Frankfurt Stock Exchange
Next Article 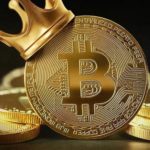