FTX, Deribit, and BitMEX announced they liquidated Three Arrows Capital positions this week following the insolvency rumors. In addition, Babel Finance and Celsius Network pause withdrawals and transfers. With so many suspicious movements and unclear statements, no one knows how much damage these crypto hedge funds are seeing.

The DeFi market seems to be tanking following the long crypto winter and the recent crashes. Although everyone knew that every industry will be suffering from these trends, a suspicious tweet by the founder of Three Arrows Capital, a crypto hedge fund, alarmed the investors and traders involved.

Three Arrows Capital is a leading Singapore-based crypto hedge fund that has a history of funding and leading investment projects across various blockchains including Bitcoin, Ethereum, Solana, etc. Now, the company seems to be in trouble managing its funds following the crypto crash.

This week, Bitcoin crashed to around $20K causing a ruckus in the crypto market. Investors initially believed the largest cryptocurrency would rise from its price but ended up declining from its support line.

As a result, the DeFi industry, like many other Web3 industries, suffered from a huge loss. For 3AC, this was bad news. The LUNA/UST historical crash caused the crypto hedge fund a massive loss since it had invested around $200M on LUNA.

On Monday, the DeFi market experienced a collective sell-off causing various platforms to freeze their projects for the time being. During this time, an on-chain data rumor started to spread around among 3AC investors and lenders about the company might be facing liquidation and insolvency.

To bury the liquidation and insolvency rumors, the Co-founder of 3AC, Zhu Su came forward and tweeted:

Later, on Tuesday, the news came out reported by the Wall Street Journal about Three Arrows Capital considering selling its assets, which might indicate a bailout. The hedge fund reportedly sold its $40M worth of Lido Staked Ethereum (stETH).

An article by Financial Times reported that recently, the hedge fund failed to meet margin calls from several lenders. Later, FTX, Deribit, and BitMEX turned out to be the lenders who announced that they liquidated from 3AC positions this week.

A spokesperson from BitMEX said, “This was collateralized debt and did not involve any client funds. We are not going to be like other brands and wax poetic about our limited exposure and strong capital position — instead, we will demonstrate it by providing our users a reliable and liquid trading venue every day, no matter the situation.”

BlockFi might also be one of the clients who liquidated 3AC. The CEO of BlockFi Zac Prince made a tweet with reference to “a large client” who has yet to meet its financial obligations over an “overcollateralized” loan. This might be a reference to 3AC.

In other words, the tweet made by the 3AC founder must be a reference to the recent liquidations and might also indicate an incoming disaster for the company. The hedge fund has now hired financial and legal advisors to come up with a solution to deal with its investors and lenders.

Other than 3AC, other crypto hedge funds also seem to be suffering from a loss due to the crypto winter. Recently, Babel Finance announced it will pause withdrawals and transfers through its platform due to “unusual liquidity pressures.”

The representative of Babel Finance said, “Babel Finance is taking action to best protect the interests of our clients. We are in close communication with all related parties and will share updates in a timely manner.”

Like 3AC, Celsius was also involved with Terra’s stablecoin and its crash caused a huge loss to its reserves.

With the crypto market tanking, the hedge funds and lending companies seem to be in a trance. Many speculate a shutdown as a result of this crash and with the recent liquidity news, it might be true.

Three Arrows Capital was once a darling crypto hedge fund that was involved with almost every big project, seeing it fall must be something no one ever expected. Even crypto giants like Babel Finance and Celcius are suffering.

As of now, no lending company has given a clear statement to its users, which might cause much anxiety among investors and lenders. 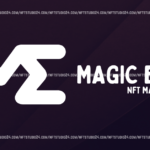 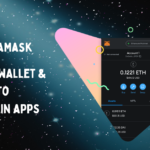