FTX’s new management has hired a team from AlixPartners to trace down the patterns of missing billions of dollars, WSJ reports, The investigation will be led by Matt Jacques, a former chief accountant at SEC.

Former CEO Sam Bankman-Fried claims he doesn’t know where all the money went, saying he was unaware of the exchange being $8B in the loss. He also said he didn’t use any of the FTX’s funds for his personal expenses and is left with nothing after the collapse.

The most shocking part of this company was that it had no accounting financial department that could handle all the expenses, and the money trail was messy or had no source to track at all, according to the current CEO John J. Ray III.

The company owes around $1.5 billion to creditors while most firms that it invested money in or had dealt with are facing a financial crisis.

Now, FTX has hired a team of managers from AlixPartners who will be doing a forensics investigation in hopes to track down where all the money went. According to sources, they will do asset tracing and also try to recover the missing funds.

The exchange has already lost millions of dollars in wake of the FTT token collapse, Alameda bankruptcy, and the exploit on the app that drained out most funds as well, which most people claim was done by insiders.

Although the recent financial statement leak did show what companies Alameda Research and FTX were involved with, there’s still a huge hole in the company’s financial handling.

The forensics team will look through the money trail using more advanced tools and software to come up with an organized explanation of customers’ funds and the exchange’s own investments. 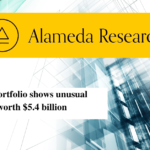 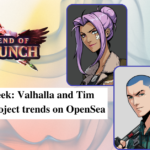