FTX US, the digital-asset exchange founded by billionaire Sam Bankman-Fried, won the auction for the assets of bankrupt crypto brokerage Voyager Digital Ltd. According to Voyager’s press release, FTX US’s bid is valued at $1.4 billion.

Sam Bankman-Fried, the founder of FTX US, a digital asset exchange, has scooped up assets belonging to bankrupt crypto lender Voyager Digital at an auction estimated to be worth more than $1.4 billion. The bid comprises an “additional consideration” worth about $111 million and the $1.3 billion market value of all the cryptocurrency at the bankrupt platform, according to a statement from Voyager Digital on Monday, September 26 in New York.

“Voyager received multiple bids contemplating sale and reorganization alternatives, held an auction, and, based on the results of the auction, has determined that the sale transaction with FTX is the best alternative for Voyager stakeholders,” the company said in its statement.

Nevertheless, it is worth noting that the auction, which became known to the public at the beginning of this month, took place on September 13. Moreover, according to the company, Voyager Digital LLC and FTX US are ready to present a purchase agreement to the United States Bankruptcy Court for the Southern District of New York on October 19th. Voyager will become the latest trophy for FTX’s acquisition adventure if the purchase is approved. The crypto exchange reportedly plans to get Voyager back on its feet as soon as possible. 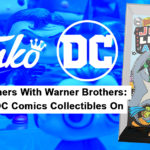 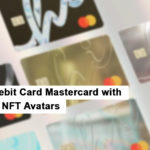