Hathor Network is a blockchain platform that appeals to the general public through a user-friendly approach designed to encourage blockchain adoption. We look at some of the key features of this innovative blockchain.

When considering the blockchain industry, it is easy to see the advancements and growth that it has seen since the creation of bitcoin a decade ago. Blockchain technology has resulted in the development of decentralised solutions that have been adopted in a variety of industries around the world.

Many people are interested in new concepts such as decentralised finance and NFTs, and there are more projects than ever before. Hathor is a blockchain protocol that has gotten a lot of attention in recent months.

Hathor is a layer-1 scalable platform that combines DAG (directed acrylic graph) and Proof-of-Work blockchain. It is one of the few blockchain protocols with an academic foundation, having been developed as part of founder Marcelo Brogliato’s PhD thesis.

The key concept is to design an architecture that uses a chain of linked blocks to solve scalability, decentralisation, and security issues. As a result, Hathor has created a next-generation architecture that can handle high-speed transactions while also being scalable for teams and individuals to create decentralised solutions.

With Hathor, these decentralised solutions can be built on a blockchain with the security and freedom of Bitcoin. It can handle 200 transactions per second, which is comparable to payment processing behemoth PayPal.

Bitcoin miners can currently mine Hathor and earn extra money without upgrading their mining rigs. Furthermore, because Bitcoin has the most miners, Hathor can quickly maintain a high hash rate, securing its blockchain network.

Hathor is also an energy-efficient blockchain because miners do not use additional energy to mine the token. Furthermore, under the Hathor Green Initiative, miners are incentivized to demonstrate that they are using renewable energies.

In Just a Few Minutes, You Can Create Your Own Tokens

The ability for users to create their tokens in minutes is a key selling point for Hathor. Hathor bills itself as the WordPress of blockchain, and it has created a token minting system that does not necessitate technical knowledge.

All that is needed is to secure one HTR for every 100 units of the new token. All Hathor tokens are deployed on Layer 1 of the protocol and are linked to the HTR token. NFTs can also be minted for low fees on the Hathor Network, and users can create artwork that can be sold on a dedicated marketplace.

Since its inception, Hathor has collaborated with a number of blockchain projects, including Chainlink and Ledger. It has also partnered with Simplex to launch crypto-based debit cards in October 2021.

The blockchain protocol is also becoming more popular within the blockchain industry. For example, on Hathor, Brazilian influencer Felipe Neto launched the NFT project 9Block. EON, WorkAxle, Kick-Off Music, and Dropull are among the other projects built on Hathor.

HahtorSwap, the first decentralised exchange on Hathor, is set to launch in the coming weeks and will provide users with DeFi features such as staking, yield farming, and liquidity mining.

Hathor Network is powered by its native token HTR, which allows users to access various blockchain features. HTR has seen widespread adoption in 2021 and has a variety of applications on the Hathor blockchain.

HTR is also available on the popular hardware wallet Ledger and on a number of exchanges, including Kucoin, AscendEX, Coinmetro, SimpleSwap, and others. Visit the links to learn more about the project. 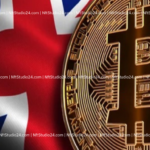 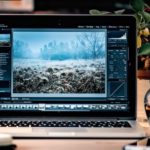