Magic Eden, the world’s second-largest marketplace, announces it will refund all the users who fell victim to forged Solana-based NFTs.

The issue began when Magic Eden started allowing scammers to list fake NFTs of y00ts, ABC, and other collections with listed prices in SOL on its platform.

The attackers found a bug in the UI after the new feature deployment on Snappy Marketplace and Pro Trade tools that showed newly listed NFTs and their activity in real-time to users and exploited it because it didn’t include verified ones in the collection.

Users thought it was legitimate and bought the collectibles but realized they weren’t the original ones.

The community members alerted the team which immediately took down the collections. Later the team updated the users with new updates such as adding “more verification layers per collection to resolve the issue.”

Based on the report released by Magic Eden, 25 fake NFTs were sold from 4 collections in 24 hours. The collectibles were listed with activity and transactions to make them seem authentic. The statement also added they

Magic Eden says the issue is resolved and the platform is running as per usual, open for safe trading of NFTs. 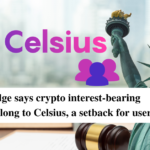 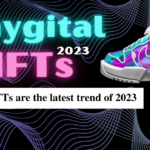 Phygital NFTs are the latest trend of 2023
Leave a comment