QueenE, an NFT project created in honor of the longest-reigning monarch Queen Elizabeth II, announced the final auction of its 73rd art piece from its Gen 1 NFT collection following the Queen’s death.

Contents
What is QueenE Gen1 CollectionQueenE holds the final 73rd auctionWhat happens after the final auction?Other NFT projects based on Queen Elizabeth II

A project began to honor the long legacy of Queen Elizabeth in July 2022. It is an initial NFT collection that featured a single-frame pixel-art portrait of the Queen, each with unique rarity traits.

This collection had a total of 73 art pieces inspired by the Nouns NFT fork format, in which each piece is released every day with exclusive benefits.

What is QueenE Gen1 Collection

All the funds collected from the collection were sent to the DAO treasury and the holders would receive Lofi renditions of Queen Elizabeth II.

When the news of Queen Elizabeth II passing away made the headlines, the world mourned over the death of the longest-reigning monarch in the history of England. QueenE came on Twitter to announce the auction for the final piece, the 73rd piece.

The auction is currently live and people can bid for the price on the marketplace to own the masterpiece inspired by Nouns NFT.

What happens after the final auction?

Since the Queen is dead, the final auction would wrap up the QueenE Gen1 collection; however, the team announced that after the last auction of the 73rd NFT, the Gen2 will be released as well.

The details of the Gen2 collection haven’t been revealed yet but they will be announced on QueenE’s official Twitter.

The bio for QueenE Twitter reads, “Rest in Ethereum, forever.”

Other NFT projects based on Queen Elizabeth II

QueenE isn’t the only NFT project for Queen Elizabeth II, many projects introduced NFTs on the OpenSea marketplace to honor the late Queen’s legacy.

Since Queen Elizabeth is a famous figure in the history of England and the colonial world, the NFT collections hold special importance for her admirers. 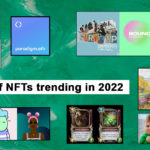 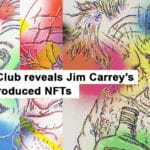