SAVAGE, a digital collectible marketplace, has announced its Smart TV app on Samsung built upon the Polygon blockchain in January 2023, enabling users to display their photographs and digital art in high resolution on the screen.

SAVAGE is a new project, a carbon-neutral NFT platform that is entirely focused on empowering filmmakers and photographers in the Web3 space.

With a low gas fee, generous creator payouts, and the ability to adapt to different trends, this marketplace is a revolution to the broader blockchain industry.

To expand its vision of bringing creators, it has partnered with Samsung to bring its Smart TV app where users can choose to view their collectibles in 4K or 8K of any marketplace in Web3.

Polygon’s scalability will allow users to enjoy digital collectibles at affordable rates. In fact, SAVAGE is built upon this blockchain, so it actually expands into the Smart TV with the same network as well.

Having announced a partnership with Disney, Starbucks, Prada, Meta, and many more, Polygon ranked highest in the NFT sector in terms of adoption.

With SAVAGE, it is taking the Web3 initiative to the next level by integrating it into Samsung Smart TV. 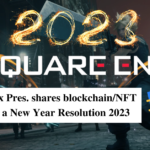 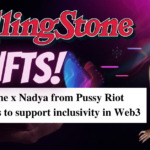