Looks like Sam Bankman-Fried has officially become the real enemy of the crypto community ever since FTX went down. His recent interview with New York Times newspaper brought much outrage from crypto influencers and FTX users.

Bankman-Fried was once the idol, icon, and role model for many developers and creators because of his clever strategies and successful career at such a young age. The crypto community had attached a hope that he would lead the industry into the mainstream with FTX, especially after his involvement in US election campaigns.

Now, he has reversed the mainstream adoption to prove the anti-crypto activists right. A billion-dollar valued company and a hedge fund went down in two days with its native token, FTT token, dropping 93% of its value. The exchange’s downfall didn’t just end at this, it took the whole market down all at once.

SBF has been trying to calm the FTX users and the overall community but constantly failed by being bombarded with questions, which is fair because FTX lost huge amounts of money to save the company, taken out from its users’ accounts.

After a week of no appearance in the media, he decided to appear in the New York Times to share his thoughts on FTX’s downfall. However, instead of clearing out anxiety in users, his interview brought much more anger and frustration.

In the interview, he admitted that he didn’t see the clear warning signs of bankruptcy. “Had I been a bit more concentrated on what I was doing, I would have been able to be more thorough,” he said.

The investigations SEC and Bahamas authorities just opened against FTX to locate how the customers’ funds were dissolved. This is a huge case involving a $16B loss to the exchange and its users. Nonetheless, SBF doesn’t seem much stressed about the whole situation by saying “It could be worse.”

“You would’ve thought that I’d be getting no sleep right now, and instead I’m getting some,” SBF said.

For the crypto community, this interview seems like a slap in their faces after losing their funds to the world’s largest exchange. As soon as the NYT interview dropped, Twitter users expressed huge criticism.

Someone said the article doesn’t mention a single word of fraud and crime that he has committed against the users:

Many people claim the interview is biased to favor SBF instead of catering to the crypto market which is the victim of this downfall.

He recently came on Twitter to make a thread starting with “What” and then the thread continues with each letter in one post. In the interview, he explained that he was trolling with cryptic tweets and that they don’t mean anything.

SBF has lost his reputation ever since FTX went down and the huge financial hole of $8B was found within his Hedge Fund, Alameda Research, and the exchange. Considering that he was deeply involved with US elections, he failed to see the growing ball of threat within his company, which he refers to as “warning signs.”

The NYT interview really leaves many questions for the readers as to why, as the CEO of FTX, did he not see the obvious signs. He should be focusing on building his exchange before promoting crypto regulations in US politics.

Currently, Bankman resides in the Bahamas but has refused to tell his exact location as he is hiding from the creditors. 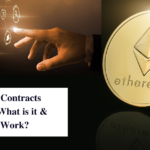 ETH Smart Contracts Explained: What is it & How does it Work?
Next Article 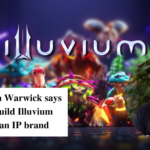