As Bitcoin shows green signals, the meme coins are taking over this week as people continue to invest their money in them. BONK has been trending for days while Shib Inu and Dogecoin also look promising.

Solana’s first-ever dog-themed meme coin BONK saw massive hype among investors and traders last week. The token is said to rival Shib Inu and Dogecoin in the long run because of its position.

BONK opened the year with an iconic 3,300% peak at $0.00000487 as investors poured their money in. The team also did a token burn of five trillion to maintain its demand and supply.

On the other hand, Shiba Inu is gearing up for its upcoming Web3 ecosystem blockchain layer-2 called Shibarium. The dev team gave the first look in an official statement.

They also shared that the network will focus on catering to metaverse and game applications.

Shibarium will be a cheaper alternative to decentralized applications than Ethereum mainnet.

The blockchain will approve transactions via validators who must stake a minimum of 10,000 BONE to reserve a spot in 100 slots. They will receive rewards in BONE as well.

Shibarium is quite a progressive network as the developers also shared they will be burning SHIB tokens with every transaction on the blockchain to maintain its demand.

So far, investors are closely eyeing all three tokens to see how much potential they can bring as an investment.

Once the blockchain is officially launched, there might be an increase in SHIB Inu prices as well. 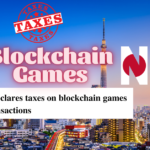 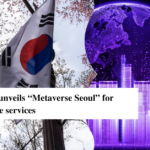