The hype over Bored Ape NFTs has continued this year as celebrities pour millions of dollars to buy them and then show them off on social media. Justin Bieber spent almost $1.29M on an ape, now only worth $69k due to the market collapse over the year.

The lawsuit targets this very aspect. According to the statement, the BAYC creators endorsed celebrities to promote their tokens to increase their value, which caused investors to lose “investments at drastically inflated prices.”

The lawsuit is blaming celebrities for advertising non-fungible tokens and misleading their supporters into buying such digital assets at a high price. The file also includes the name of Yuga Labs’ talent manager Guy Oseary who compensated them through MoonPay, a crypto firm, which was early invested by Oseary’s VC Sound Ventures.

“Oseary, the MoonPay Defendants, and the Promotor Defendants each shared the strong motive to use their influence to artificially create demand for the Yuga securities,” the statement reads.

Yuga Labs responded to the lawsuit by saying it is “opportunistic and parasitic” and that the company will prove these allegations are without any merit. 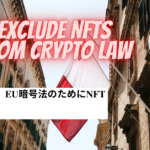 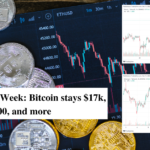