The shock waves of FTX collapse hasn’t stopped even in December as many crypto firms and VCs announce employee layoff. The whole IT industry is already in crisis and now the bear market has brought the Web3 firms to loss as well.

Bankruptcies, customer fund disputes, and the SBF drama is costing millions of dollars of loss to companies, whether they were involved or not involved with FTX or Alameda exchange.

December seems to be starting off with a depressed market as platforms report layoffs all over the world. Candy Digital, a startup co-founded by Gary Vee, let go of over one-third of its 100-employee population. The firm was previously valued to be around  $1.5 billion in 2021 but the 2022 market has brought it down to the lowest.

Similarly, Swyftx, an Australia-based exchange, has sent notice to 90 employees, reported by CoinDesk. The platform cut short 45% of its workforce, which is quite alarming for the market.

Coinbase, Bybit, Kraken, Quidax, Stripe, and Lazerpay are among the major firms that have sent a huge percentage of employees to the streets. Other Bankrupt firms have been forced to kick out employees. FTX, which was the global trading platform, has empty offices.

Despite all the layoffs, crypto users are slowly adding but also decreasing due to mixed reactions and confusion surrounding the bear market.

Although it’s a depressing time for the community, a lot of developers and creators are still pushing forward to revive the industry back on track. Will 2023 be a good year for the crypto market? 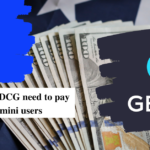 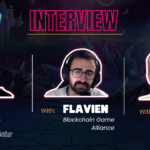