Turkey prepared its crypto Law That will be presented to the parliament soon. The President of Turkey, Tayyip Erdogan confirmed it. The initiative is taken to support its native currency Lira to recover its lost value. This law will give a new shape to Turkey‘s economy.

Turkey Prepared Its Crypto Law That Will Reshape The Economics Model:

The president of Turkey Tayyip Erdogan reportedly confirmed that the crypto law draft has been completed. That will be soon presented to the parliament. So it will apply to the mainstream in the country.

The surge in the dollar rate badly affected the market value of the Lira. In this regard, he said in a recent press conference in Istanbul. That he plans to apply a new economic model.

According to a local NTV of turkey’s report, Mr. President said that the crypto bill is ready.

“We will take steps on this issue by sending it to parliament without delay.”

Turkey Prepared Its crypto Law To Recover Its Loss:

Furthermore, he said that the currency is not linked to mathematics, but a matter of process. Hinting towards the possibilities and potential of Lira’s value growth.

“With this understanding, we intend to channel it to a dry spot. But the exchange rate will find its price on the market.”

Along with presenting new crypto law, the president has an aim to develop into the 10 largest economies in the world.

He shared plans to follow the people who change the labels of the price list organizer several times a day. Moreover, he concluded that:

“We want them to lower the dollar’s increases now.”

On 32nd November, in a single day Lira lost its value by 15% as dollar market value increased.

However, a report published by Cointelegraph. That said, the fall of fiat currency resulted in bitcoin skyrocketing against the Turkish Lira. As the BTC/TRY trading pair reached 723,329 Turkish Lira on the Balance.

Note: We are not any financial advisors, so do your research before investing in crypto and NTFS. Our content aims to keep you updated with the latest affairs on cryptocurrency and NFTs. 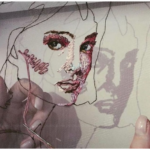 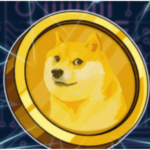