The U.S. Securities Exchange Commission (SEC) in a recent statement ordered the listed public corporations affiliated with Bitcoin and other cryptocurrencies to reveal their direct and indirect loss to stakeholders following the FTX crash.

The companies are to follow disclosure obligations under federal securities laws to ensure that their investors don’t suffer from financial damage because of the company’s loss.

The statement gave a specific sample letter to show that they need to “address crypto asset market developments in their filings generally, including in their business descriptions, risk factors, and management’s discussion and analysis.”

FTX was highly involved with the traditional economy with its investments and also due to political reasons. SBF had financially participated in several election campaigns by backing different pro-Bitcoin politicians.

Now, FTX is scrapped to ground, which might’ve directly or indirectly brought the traditional market in as well.

The recent financial statements of Alameda and FTX show the firms had invested in over 500 companies including banks, small tech startups, media companies, and more.

SEC is taking the precaution to protect US citizens from a massive loss in crypto that companies might’ve been hiding behind the curtain. 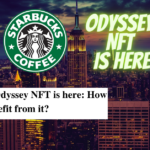 Starbucks Odyssey NFT is here: How can you benefit from it?
Next Article 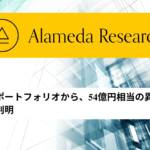