Vibes Chief Officers or vibe managers are here to lift the market sentiment. Too much negativity and bearish patterns might make you feel depressed, but worry no more because NFT startups seem to have found a solution to this. With Vibes officers on patrol, make sure you pass the vibe check.

The latest news articles, stories, interviews, and discussions center only on one topic: “The tanking NFT market.” Even if you try to ignore the continuous price updates, the internet community will make you feel more insane with their fake news and assumptions.

The NFT bear market has become a serious problem that is affecting people not only financially but also mentally. Investors and traders had high hopes for the NFT industry but now with the prices hitting 12-month lows, no one seems optimistic anymore.

Despite this depressive mood, developers and creators stand as courageous soldiers in a losing war by doing their best and launching new projects that could spike up market interest and push the prices up.

According to The Guardian, NFT startups seem to have found the solution to this depressive environment. The companies believe these figures will help lift the mood and ensure they pass the vibe check that is quite important to survive in the NFT world.

Vibes Officers, also known as Director of Vibes, is a combination of influencer, marketer, and investor relations officer. The role of a Vibes officer is simple, to promote the NFT project while maintaining positivity in the community.

Fractional, an NFT startup, is one of the first ones to hire a vibes officer. They hired an influencer named Deeze who is famous for being an “influential commentator and tastemaker in the NFT space.” Deeze is responsible for managing social media accounts and also does a vibe check to know the community’s sentiment.

The NFT startups believe vibes officers can contribute to promoting their brand while maintaining positivity, which can help gain people’s trust. Many people believe a positive lookout towards the market could boost the prices upward because a part of this bear market is due to the negative sentiment in traders and investors.

In an interview with Guardian, tropoFarmer who is an advocate for vibe management said, “Vibes are everything. There are ways that you can swing trade based on the momentum that is, for the most part, built on vibes.”

The recent NFT NYC 2022 was a grand event of the NFT world where thousands of brands and contributing personalities gathered in NYC to celebrate the achievements of modern technology, mainly NFTs.

During the event, the NFT market wasn’t doing well with prices down to the worst lows. However, because of the hype of the event, no one really cared about the tanking market. The internet was filled with positivity and humor with people discussing NFT announcements, their experiences, and anticipations with their favorite NFTs.

This shows that NFTs haven’t lost their charm. They are still valuable and in-demand digital assets that will continue to dominate the world as years pass by. In fact, this bear market might leave a lesson and a transition towards a better NFT space.

Vibes officers have the same role. They need to maintain positivity and give people hope that the NFT market will survive this harsh storm and pick itself up.

According to experts, vibe management can sometimes lead to traders making wrong decisions that could cause a huge loss. Critics believe that this new role is just another way of investors trying to hype up the market for a short time, and this isn’t new, the whole blockchain industry has been built based on this optimism.

Molly White, a famous Web3 blogger calls vibe management an “insidious weaponization of the idea of community.” According to the blogger, some projects only survive if they are constantly hyped and grab people’s attention which can be quite hard for beginners to separate between what’s authentic and what is not.

The most prominent example is the recent Bored Ape Nazi allegations. Many believe that Ryder Ripps tried to sabotage Bored Apes by calling them nazi promoters to hype his own rip-off collection. Similarly, there are many projects that were hyped on the internet but later turned out to be rugpulls.

Newly-appointed vibes officer of Tally Labs, Michael Jerome admits to these challenges. He believes there has been a lot of artificial marketing, but as long as people follow what’s authentic they won’t fall victims to scams.

The startups who have high hopes with vibes officers see vibes management as a tool to help lift the mood of the market and nothing else. The goal of hiring vibes managers is not to promote brands but to bring people together and promote a healthy environment where everyone can grow and thrive.

Will the vibes managers successfully lift the traders’ moods and boost the market? NFT startups believe this strategy is worth a try because they have nothing to lose and a lot to gain. 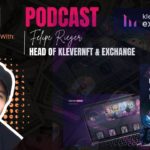