Yat Siu, VC Animoca Brands Chairman, has announced that the team will cut down the new Web3 and Metaverse Fund investment to $1 billion for Q1 2023. The new fund is set to target the upcoming or leading Web3 startups and developers in the space.

The side effects of the FTX-Alameda collapse that hit the whole industry haven’t gone yet as Hong Kong’s biggest venture capitalist reduces its investments.

Animoca Brands was among the most successful investment firms in Web3. The company empowered many gaming and NFT projects by supporting them financially. It also survived the two big market crashes, showing its stability in the industry.

In a Twitter Spaces session with Bloomberg, Siu shared that Web3 Fund generated around $1 billion. He is currently discussing this with potential investors for the growth of blockchain-based metaverse and NFT startups.

The new fund will target talented developers and give them a chance to showcase their work to be part of Animoca Brands’ projects.

Last year, Animoca made 216 funding deals amounting to $2 billion, according to Nasdaq’s report.

Siu and his team have shown quite a good pace regarding investments. When FTX collapsed, he expressed his worries about the overall reputation damage. But Animoca Brands seems to be recovering that image by promoting the optimistic side of development, currently needed in the space.

Last year in December, Siu in an interview shared that he would raise $2 billion with Animoca Capital. Nonetheless, he expressed his optimism about moving forward with the existing money for investment and development. 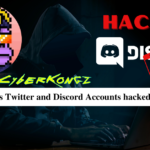 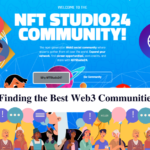