CyberPunk 2077, an abandoned video game project by CD PROJEKT RED, becomes a center of attention following a reimagined fan creation of its city life. YouTuber and developer “Enfant Terrible,” also known as Saher Tarek, gathered the digital assets for Unreal Engine 5 from various developers to show what CDPR wanted CyberPunk 2077 to look like.

CyberPunk 2077 fans gave up the hope to see the future of the role-playing game after CD PROJEKT RED announced it would leave the in-house engine called REDengine 4 for the new Unreal Engine 5 for the development of its upcoming Witcher game.

CyberPunk 2077 was once one of the best gaming projects with its 3D-based realistic visuals and mind-blowing features that appealed many people to try out. The game was released in December 2020 in a very bug-filled state. CyberPunk 2077 team was unable to finish the game completely, causing performance issues on old consoles and various glitches. Compared to its initial tease, the game failed to meet the expectations of gamers.

After CyberPunk 2077’s launch failure, CDPR decided to leave the video game stranded for a next-gen Witcher game. However, YouTuber Enfant Terrible hadn’t moved on from the futuristic video game and took it upon themselves to reimagine the city life of CyberPunk 2077.

By using CDPR UE5, Enfant Terrible, or Saher Tarek, a senior lighting/look-Dev Artist, created something that even the developer might have not seen before. In a way, the YouTuber tried to convey the real look of CyberPunk 2077 that CDPR wanted to show. Before its release, Saher released clips on his Twitter, which drew many fans to anticipate the launch.

The YouTuber also explained that this demo was his personal inspiration for CyberPunk 2077.

He used UE5 digital assets from the Unreal Engine Marketplace made by various developers:

The YouTuber also picked out assets for Environment megapacks from the Epic Marketplace, MetaHumans Creator from Epic, VFX, and Zbrush for the perfect night vision of the CyberPunk 2077 video game.

The video demo is an interactive, 3D-like experience of the world of CyberPunk 2077. The clip opens with an avatar walking on the streets. There are various shops, buildings, futuristic flying cars, and various other avatars walking around.

UE5 is the new engine!

The demo video by Saher is an interesting take on CyberPunk 2077 that rivals the original video game visuals. The video was highly liked by the gaming community as it gives fans a glimpse of the realistic advanced features that CDPR’s UE5 has to offer for the upcoming Witcher game.

On CDPR’s transition from the previous engine to the new, the team said: “It is vital for CD Projekt Red to have the technical direction of our next game decided from the earliest possible phase as; in the past, we spent a lot of resources and energy to evolve and adapt REDengine with every subsequent game release.”

CDPR also added: “This cooperation is so exciting because it will elevate development predictability and efficiency, while simultaneously granting us access to cutting-edge game development tools. I can’t wait for the great games we’re going to create using Unreal Engine 5!”

See the video demo of CyberPunk 2077 as reimagined by Enfant Terrible: 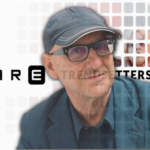 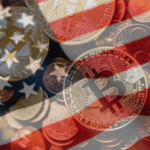