Yuga Labs, the creator of BAYC and MAYC, has announced they will be launching their upcoming metaverse, Otherside developed by Improbable as an open-source platform; this means everyone will be able to play and enjoy the virtual space even if they don’t have a Bored Ape NFT.

When the Otherside trailer and testnet dropped, everyone thought it would be limited to blue-chip NFTs. The trailer showed WoW, CryptoPunks, BAYC, Meebits, and other major collections along with the new KODA characters.

In a recent interview, Garga shared that he wants to add more interoperability to the platform “We’re going to be publishing our object standards as they become available…” he said. Some projects will be added soon while others will take time; almost a year, to be launched.

The idea is mainly that anyone can design a 3D model for BAYC’s Otherside metaverse and move it to other virtual platforms. After all, the main ideology behind the metaverse is to be the internet of virtual worlds where users can easily travel from one digital space to another, just like the way we move from one website to another.

According to CEO Nicole Muniz, Otherside is different from other metaverses because it has a story, lore, and gameplay that the community can enjoy together. Additionally, people will have full ownership over their assets and monetize their own content, which is a revolutionary feature in the gaming world.

Otherside is aiming for a creator-centric economy, giving players the freedom to do whatever they want and explore different possibilities with Web3 technology; aka an open-source metaverse.

So far, The Sandbox and Decentraland are the two leading metaverses that have a creator economy and allow users to monetize their creations and build their own brands. Now, Otherside will also be joining this list with its upcoming interoperable open-source virtual platform.

But first, the education of metaverse is a big challenge for Web3 projects. If the public and investors aren’t aware of this new technology and platform, there’s no point in making it open-source.

Will Yuga Labs promote educational initiatives for creators or will it simply launch the metaverse? Knowing BAYC’s reputation, it might not be hard to get creators on its platform because many people are aware of the worth of a project by Yuga Labs.

Nonetheless, the gap between the general public and NFT adopters still exists. 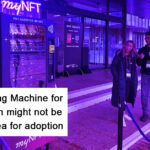 NFT Vending Machine for NFT.London might not be the best idea for adoption
Next Article 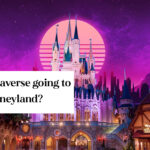 How is Metaverse going to change Disneyland?
Leave a comment